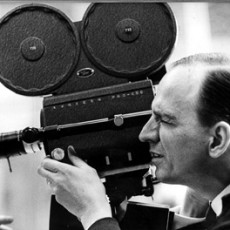 It is estimated that Polish public institutions possess even hundred thousands copies of orphan works. For instance, the National Library has 300Â 000 books which cannot be exploited under present copyright law. Magazines published in a â€śsecond circulationâ€ť between 1981-82 are, among others, regarded as orphaned. Also in the National Film Archive there are approximately 300 orphaned films made before the Second World War to be found. They include films such as â€śCud nad WisĹ‚Ä…â€ť of 1921 directed by Ryszard BolesĹ‚awski, â€śJĂłzef PiĹ‚sudskiâ€ť of 1937 by Ryszard OrdyĹ„ski. There are also multiple Jewish orphaned films shot in Yiddish language â€“ â€śDybukâ€ť of 1937 directed by MichaĹ‚ WaszyĹ„ski or â€śMateczkaâ€ť of 1938 directed by Joseph Green.

Although the problem of orphan works appears to be relevant, the issue has not been resolved by Polish lawmaker, despite the fact that such obligation is imposed by the Directive 2012/28/EU of the European Parliament and of the Council of 25 October 2012 on certain permitted uses of orphan works â€“ the time limit to implement the directive elapsed on 19th October 2014.

The bill amending the Polish Copyright Law Act of 4th February 1994 is now being prepared. As the lawmaker is required to implement provisions of the aforementioned directive, the bill determines that the culture institutions such as libraries and museums are permitted to exploit orphan works under specific rules provided for in art. 355 â€“ 359 of the bill being prepared by The Ministry of Culture and National Heritage.