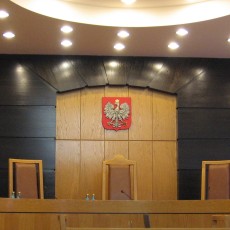 On 1st July 2015 the most significant reform of Polish criminal procedure since adoption of the Criminal Procedure Code of 1997 is coming into force.

It is lawmakerâ€™s intention to finally renounce inquisitive model of criminal procedure, imposed in 1969 as an element of Soviet law culture, completely unknown to Polish pre-war jurisprudence, however, deeply established in contemporary Polish criminal law practice. The Criminal Procedure Code of 1997, which up to this day follows Soviet model, not only leads to partiesâ€™ passivity, but it often causes lengthy and costly proceedings in relatively uncomplicated cases. New regulations minimise possible procedure obstruction, as the right to defence will not be defendantâ€™s obligation anymore, but his privilege â€“obligatory presence of a defendant during court hearings will not be required anymore. New criminal procedure also puts an end to dual conduction of the same evidence â€“ first in the course of preliminary proceedings, then in court proceedings, which releases a court from discharging investigative and judicial functions at the same time. From now on the burden of proof will only be on a prosecutor, while a court will act as an independent arbitrator, conducting evidence ex officio only under exceptional circumstances. As it is aptly held in doctrine, criminal courtâ€™s unconditional obligation to realise the principle of material truth impairs â€śequality of armsâ€ť principle, which in some cases may arise justified doubts as to courtâ€™s actual impartiality. Prosecutor General Mr. Andrzej Seremet says that: â€śintroduction of adversary trial model will require a prosecutor during a court hearing to be acquainted with preliminary case file in such a way that he will be able to conduct and examine evidence effectively in order to support accusationâ€™s theses and expose weakness of evidence provided by the defenceâ€ť (conference â€śProsecutor and adversary criminal trial model. Challenges and dangersâ€ť 23.04.2014).

It is, however, striking that such a profound criminal procedure reform is not accompanied by an organisational reform of public prosecutorâ€™s office. Obvious as it is, that new criminal procedure model requires prosecutorâ€™s office organisational structure to be reformed as well in order to make it possible for public prosecutors to properly realise their statutory duties â€“ uphold law abiding by citizens and prosecute crimes.